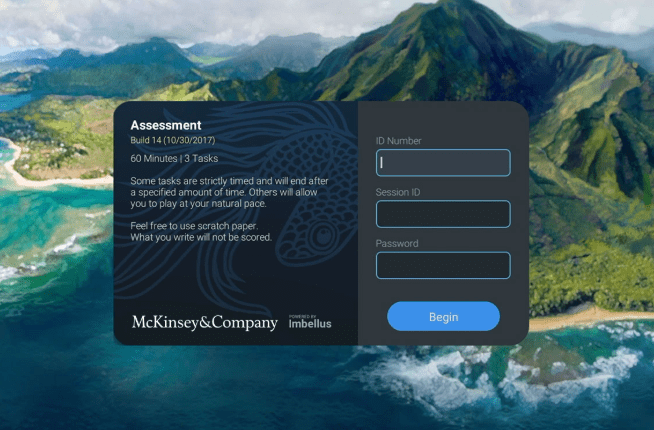 McKinsey Problem Solving Game: What It Tests + Tips to Excel [2021]

If you’re planning to interview with McKinsey, you just might find yourself playing a video game as part of your recruiting process. McKinsey has created a new recruiting tool—a “digital gamified assessment.”

What is a digital gamified assessment and how should you prepare for it?

In this article, we’ll:

If this is your first visit to MCO – head to Case Interview Preparation for an intro to the management consulting interview process.

Why Did McKinsey Create the New Problem Solving Game?

The purpose of the new McKinsey problem solving game, like a case study, is to assess how a candidate approaches problems. Consulting firms are all about finding and hiring the best talent to help solve their clients’ business problems.

McKinsey developed the new problem solving game in conjunction with leading psychologists and game-design experts at Imbellus with the goal of taking its assessment of candidates’ problem-solving to the next level.

“The recruiting process should [be] an approachable, interactive, and engaging process where both candidates and McKinsey can demonstrate what makes us unique.” 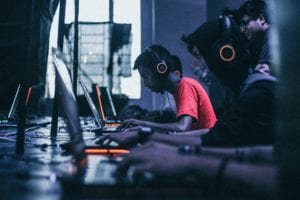 The McKinsey problem solving game doesn’t just look at the answers a candidate provides, but also the process by which they chose their answers. It tracks the path the candidate took through the game and the information he or she accessed in order to make decisions.

In this way, the video game assessment goes beyond the capabilities of the problem solving test (PST). The McKinsey PST only lets recruiters see answers, not how they were arrived at. Because the PST is a multiple-choice test, results also have some measure of luck.

The video game assessment begins with the following prompt:

“Imagine yourself in a beautiful, serene forest populated by many kinds of wildlife. As you take in the flora and fauna, you learn about an urgent matter demanding your attention: the animals are quickly succumbing to an unknown illness. It’s up to you to figure out what to do—and then act quickly to protect what you can.”

The McKinsey problem solving game has 4 possible scenarios. Candidates will have 60-75 minutes to solve tasks in 2 of the scenarios. The scenarios are:

Working through each of these scenarios takes the candidate through the life-cycle of a case, from understanding the problem to be solved, to collecting then analyzing data, to making a decision with limited time and imperfect information, and then recommending a solution.

Task: Create a stable ecosystem. It could be marine-based or terrestrial.

To win: Shift through large amounts of data quickly.

Task: Protect a native plant against an invader species for 6 turns by using predators and barriers. The difficulty increases with each turn.

To win: New invasive species and tools are added to the game in later rounds. You’ll need to adapt quickly. Practice with tower defense video games to refine your strategies.

Task: Identify the natural disaster such as a tsunami or volcanic eruption which has hit the ecosystem. Help the animals survive the disaster.

To win: Quickly identify the disaster and react to it.

Task: Identify a disease affecting the animals and recommend a course of treatment.

To win: Quickly identify the type of disease and react to it.

A tutorial is provided before each scenario. The time you spend on the tutorials is not timed, so spend as long as you need to ensure you understand your task and the data provided.

The tutorial provides suggestions for how long to spend on each task, but you have the flexibility to manage your own time. Tasks in the 1st scenario typically take longer than tasks in the 2nd scenario, so take that into account as you plan your time.

Imbellus has stated that they did not design the test to create a time constraint. Some people report having time left over at the end of the 60 minutes. Others feel pressed for time at the end.

No advanced preparation for the test is required. Neither business knowledge nor gaming experience is required. The game provides all the information candidates need.

What Does the New McKinsey Digital Assessment Measure?

Do All Candidates Take the McKinsey Problem Solving Game?

The McKinsey problem solving game has been rolled out globally. Larger offices like London allow candidates to take the test from a computer at home.

Candidates from both undergraduate and graduate-level programs are being asked to take it, as are experienced-hire candidates.

Since one of the main benefits of the game is its ability to screen applicants in places where McKinsey doesn’t currently conduct interviews, applicants from non-core schools are almost certain to be asked to the digital problem solving game.

8 Tips on Excelling at the McKinsey Digital Assessment

How Should Candidates Prepare for the New Digital Assessment Tool?

McKinsey says that no additional preparation is required to take the new assessment. There’s a tutorial at the beginning of each of the prompts that will tell you what you need to know.

With that said, having a general sense of what to expect will help candidates perform their best. Take a look at the resources provided below.

When you take the digital assessment, relax and let yourself absorb the game world, the information you’re provided, and the problem that you’re asked to solve. You are allowed to take notes during the assessment and the notes will not be used for evaluation purposes, so bring a pen and paper.

Links to Additional Resources on the New McKinsey Digital Assessment

For a video introduction to the digital assessment tool, you can watch this video.

For more information about the new tool, read this article.

And if you really want to geek out, there’s this abstract.

On this page, we’ve covered what the new McKinsey Digital Assessment is, what it measures, and what we know about its rollout. We’ve also provided links to more resources to help you prepare.

Still have questions about the McKinsey Problem Solving Game?

If you have further questions on the new McKinsey problem solving game, leave them in the comments below. We’ll have one of MyConsultingOffer.org’s coaches provide more information.

Also, let us know if you’re asked to take the digital assessment. We’d love to know what you think of it!

People who are interested in the McKinsey digital assessment typically find the following other My Consulting Offer pages helpful:

Help with the McKinsey Digital Assessment

Thanks for turning to My Consulting Offer for advice on case study interview prep. My Consulting Offer has helped almost 85% of the people we’ve worked with get a job in management consulting.  For example, here is how Tanya passed all her McKinsey assessments on the way to an offer..

If you want a step-by-step solution to land more offers from consulting firms, then grab the free video training series below. It’s been created by former Bain, BCG, and McKinsey Consultants, Managers and Recruiters.

It contains the EXACT solution used by over 500 of our clients to land offers.

It’s absolutely free. Just put your name and email address in and you’ll have instant access to the training series.

Menu
Scroll back to top