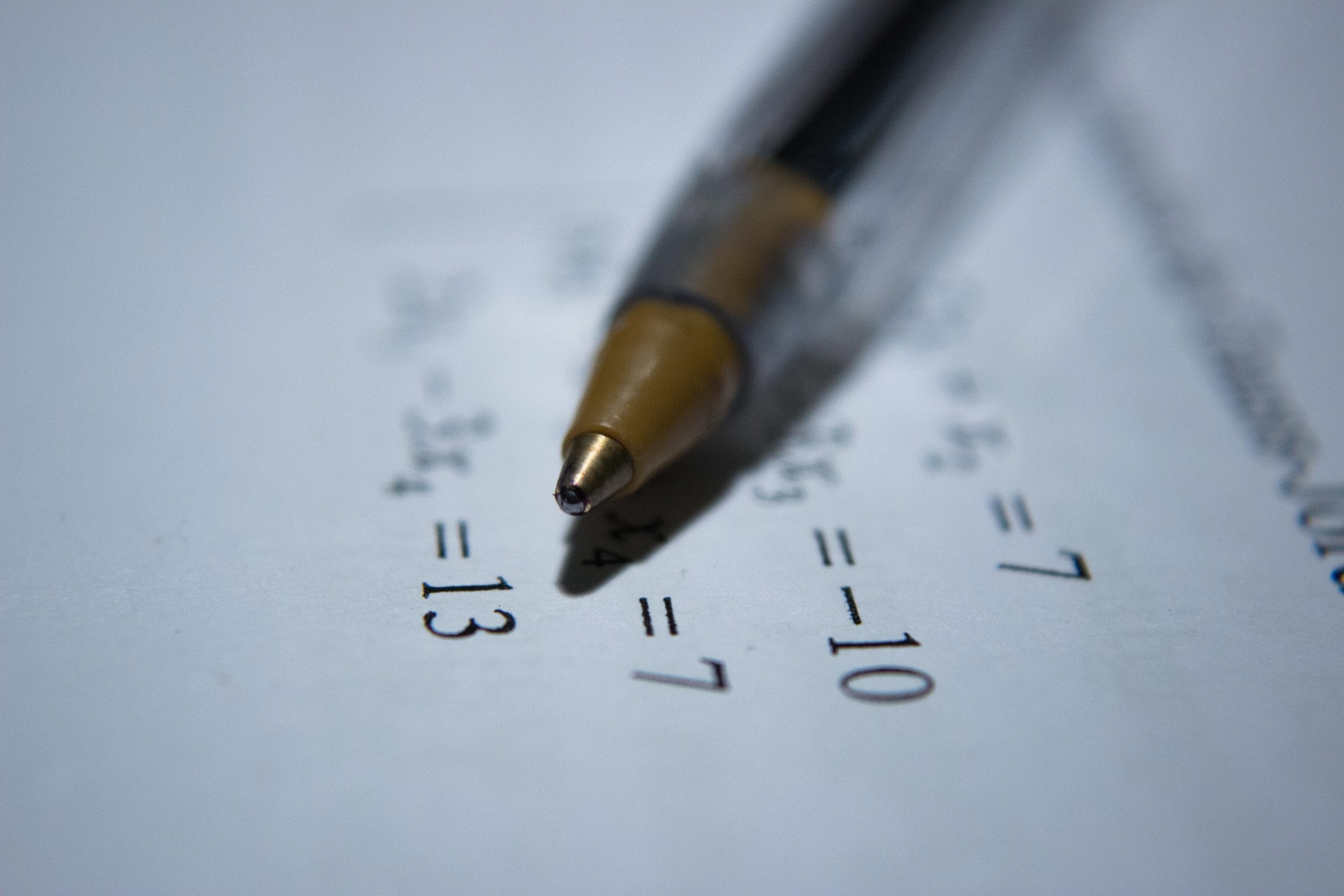 Case Interview Math - Know THIS Before Your Consulting Interview

Why is Case Math Important?

Are you nervous about solving math problems in the middle of your consulting interview?

Luckily, typical case interview math problems aren’t hard. They’re basic algebra – addition, subtraction, multiplication, division, and fractions/percentages. They can also involve extracting data from tables and interpreting it. All the math you need you covered by age 13–and if you need to brush up, we’ve got you covered.

You’ll find consulting math easier if you know what type of problems to expect and follow our 4-step approach to minimizing case interview math mistakes.

If this is your first visit to MyConsultingOffer.org – head to Case Interview Prep for an intro to the management consulting interview process.

If you’re familiar with what a consulting case interview is, and want a preview of the math you’ll need to succeed in consulting interviews, you’re in the right place.

Why Do Consulting Case Interviewers Care about Math Skills When Everyone Has a Calculator in their Phone?

Imagine you’re sitting around a conference table with your case team and client discussing how to solve the client’s business problem. You might be trying to figure out where to look for cost cuts that could improve the client’s profitability: Example: A manufacturing company wants to improve it’s profit margins to 20%. Should we start by focusing on operations or research and development to find costs that can be cut to achieve this goal? Or you might be discussing which new market will give the company the revenue growth they want to achieve. Example: Should a North-American-based laundry detergent company launch their product into the European or Latin American market to find an incremental $20 million in revenue? There are qualitative issues to consider when addressing either of these questions, such as what are the business risks related to cutting costs in operations vs. R&D? Or what does competition look like in Europe vs. Latin America? But answering these qualitative questions will require research and discussion. Simple, back-of-the-envelope calculations can often ensure this research and discussion are worthwhile.

Why Do Case Math? Because A Consulting Team’s Time Is Expensive.

This is important because a week of a consulting team’s time costs a lot of money. Doing a quick calculation to make sure the team is pursuing a strategy that will solve the client’s problem is important. Example: Can we save enough money in either operations or R&D to meet our profit margin targets? If a quick calculation shows that R&D expenses are only 20% of operations expenses and that you would need to cut the department entirely to reach the margin improvement goal, that tells the team that the team should first focus on cost improvement in the larger operations budget.  Example: Is the laundry detergent market in Europe large enough that we could meet our revenue goal of $20 million by entering it? How about Latin America? If the Latin American market for laundry detergent is not large enough to support a new competitor capturing $20 million in revenue, then focus should first be given to the European market. This type of assessment can quickly ensure the team focuses its efforts on a solution that’s likely to have a positive outcome.
[EXCLUSIVE FREE TRAINING]

Examples:
What is the size of the market for laundry detergent in Latin America?
How many pizza pies are consumed each day in Pittsburgh?

Example:
How many years would it take to break-even on an investment?
What is the return on investment?

Example:
What is the capacity (of a factory, machine or worker)?
What is the utilization rate?

Watch this video to learn how to master case interview math. For reference, I’ll also provide key formulas and examples below.

Here are some examples of financial math calculations:

Here are some examples of investment calculations:

Here are some examples of operations math calculations: 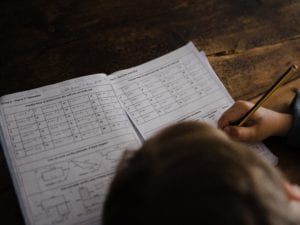 When Davis, founder of My Consulting Offer, was preparing for his interviews, he frequently practiced his market sizing skills at dinner. One night, his friend challenged him to estimate the number of potential bachelors available for her. In this article on Market Sizing Questions, Davis walks step-by-step through his assumptions. Here, he walks through the actual calculations:

My friend attended college with me. She was a non-American student and I knew she wanted to marry someone who could give her American citizenship, so I started with the US population – 320 million.

Then I cut the population in half to focus on men since she was interested only in men. 320 million / 2 = 160 million.

I also wanted to focus on men that were taller than her, but actually, my friend is pretty short. Almost all men in the right age range are taller than her so there was no need to factor that into my calculation. Men 20-30 who are taller than Davis’s very short friend = 100% or 20 million.

Next, I looked at attractiveness: both the portion of the target male population that my friend would find attractive and the percentage of those guys who would find her attractive.

My “so what” based on this analysis was that my friend might want to be a little less picky. All her requirements brought the number of eligible bachelors down from 160 million to only 2,000. But she thought that a group of 2,000 guys was plenty for her to find Mr. Right in, so she decided to keep her standards high.

It’s hard to do math under the pressure of an interview. These steps are the key to keeping your math accurate.

1 – Be clear on what the calculation will tell you.

Don’t just start doing calculations. Know what business problem you’re trying to solve and how your math will give you insight so you can make a decision. Share this with your interviewer.

Before you do any calculation, walk through the steps you’ll take to answer the question with your interviewer. There are frequently several steps in consulting math problems.

3 – Do the calculation step-by-step.

Once you have your approach to the case math problem, do one calculation at a time to ensure accuracy.

Don’t wrap up your answer with just a number, explain what the number means in the context of the business problem you were trying to solve. What would you recommend to the client?

Here’s an example of Consulting Math:

A manufacturer of high-quality wood outdoor furniture is considering extending its product line to include Adirondack chairs. It only wants to enter the market if it can make at least $5 million a year.

The size of the North America market for Adirondack chairs is estimated to be $1 billion. The top 4 players hold 20% market share between them. Profit margins average 20%.

In some cases, particularly when a case interview math problem is one step in a multi-step case question, an interviewer might hand you a chart with key information on it. These charts often have more pieces of data on them than you need. You need to find the right data. Or, you may need to manipulate the data to find what you need.

Don’t let all the number on the chart throw you. You’ll still be using the same basic formulas to analyze these numbers.

Instead, take a minute to understand the information the chart provides and explain it to your interviewer. Then proceed with the case interview math problem as described above: be clear about what you’re looking for in the calculation, walk the interviewer through your approach, do the actual calculation, and then provide the “so what.” Using this approach will make interpreting data tables in an interview straightforward.

Want to hear more about the importance of case interview math straight from the top management consulting firms? Bain and BCG list quantitative analysis as part of what they test for. McKinsey provides examples of the type case math in its case interviews in this practice test.

On this page, we’ve covered the typical types of case interview math problems you’ll see, explained how to extract data from charts, and provided tips on minimizing your consulting math mistakes. These skills will help boost your confidence in management consulting interviews and ensure you ace your case.

People who are working on their consulting math skills typically find the following other pages helpful:

Thanks for turning to My Consulting Offer for advice on case study interview prep. My Consulting Offer has helped almost 85% of the people we’ve worked with to get a job in management consulting.  For example, here is how Brenda was able to get a BCG offer when she only had 1 week to prepare…

We want you to be successful in your consulting interviews too.

If you want to learn more about how to ace your case interviews, apply to work with us. We’ll show you how you get an offer without spending hundreds of hours preparing.

Menu
Scroll back to top