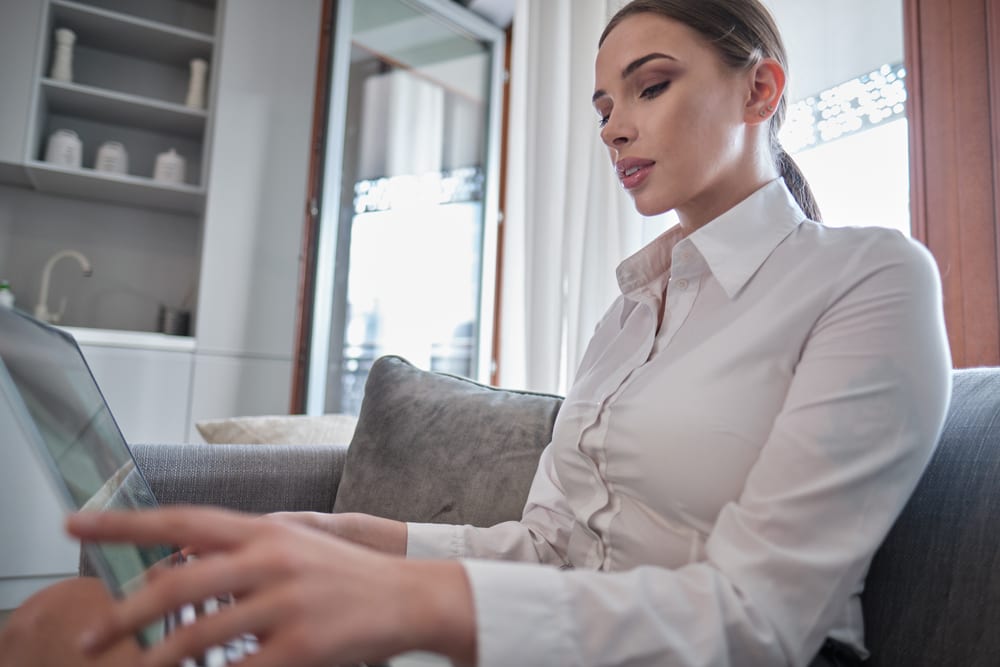 EY Video Interview Questions - What to Expect & How to Prep

Along with many consulting firms, EY is adding video interview questions and pre-screening tests to their application process. These questions aren’t necessarily difficult but you must prepare for them to pass.

But don’t worry! We’ve got the scoop to help you ace your EY video interview questions!

In this article, we’ll discuss:

Firms use behavioral interviewing because they believe that how you’ve acted in the past is a strong indicator of how you’ll behave in the future.

Behavioral questions often start with, “Tell me about a time when” or “Give me an example of.”

The EY video interview has 5 questions. For each question, you’re given 60 seconds to prepare and 90 seconds to complete your recorded answer.

There’s an opportunity to re-record your answer, if you feel you’ve answered it particularly poorly. You are only able to re-record each answer once.

Several questions come up in the majority of EY video interviews. Let’s have a look at some of the most common and how you might approach answering them.

Why Do You Want to Work For EY? 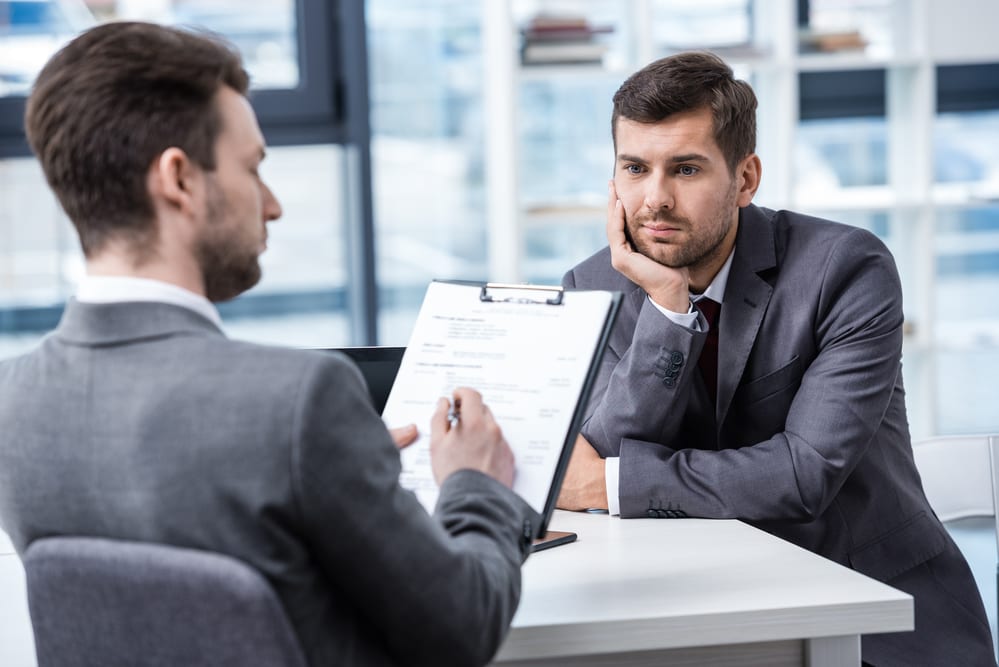 Many applicants apply for more than one consulting firm. In asking this question, EY wants to be sure that you’ve researched the type of work they do and their specific culture and can articulate how you could contribute to it.

Tackle this question by having a few good reasons why EY is the company for you. That could be their global presence and or the fact that they’ve worked with 84% of Fortune 500 companies.

Perhaps their innovative approach to technological and social disruption excites you. Or maybe the people you’ve met in the recruiting process have been fantastic and reinforced that EY is the company for you.

The best answers are personal to you. Think about what makes you a great match for EY, and vice-versa.

You may also be asked why you’re applying to the department you’ve chosen to apply to. Again, make sure you’re ready with good reasons that are personal to you and your situation.

Describe a Time You Contributed to a High-Performing Team

EY is full of competent, highly-skilled people. They come together as high-performing teams to solve client problems. They need consultants to feel confident contributing to the team from early on in their career.

This question is asked because EY is interested in how you work within a team. They want to understand how you’ll contribute should you join them and how you’ll stand out among the other team members.

EY is interested in how you solve disagreements with others. In real-life consulting situations, there are likely to be numerous occasions where your view conflicts with those of other team members (or the client!) EY needs you to be able to present your viewpoint confidently and be persuasive. 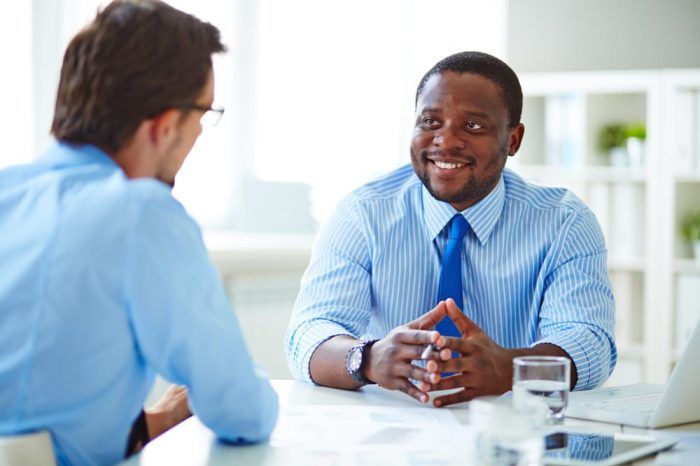 This question offers an opportunity for you to share any of your key skills that the interview hasn’t covered. Consider the skills EY looks for in their consultants and make sure you talk about one that you haven’t yet demonstrated.

Don’t just blurt out a list of skills you have. That kind of response can sound generic. Instead, focus on one key skill and share a story that shows how you’ve used that skill to benefit a situation and what the impact of that was.

One of EY’s core values centers around energy and enthusiasm. When you’re describing your strengths and how they allow you to contribute, make sure you convey your passion for using your skills to make a positive difference.

Feedback from clients also indicates these questions are sometimes asked in the EY video interview:

The video interview is an opportunity to share more about your strengths. The best approach to tackling behavioral questions is to tell stories. Framing your answer as a story makes it more engaging and helps you stand out from other candidates.

Be clear on the key things you want to get across during the video interview and use the questions that come up as tools to help that happen.

EY measures your answers to the questions against 3 criteria:

So, you need to make sure that you meet each of those requirements in every answer.

Tackle each answer of the EY video interview using a framework. This gives you confidence as you have a way to tackle each question in a structured manner, and it makes sure you’re giving the EY recruiting team what they need to score you highly.

When answering each question, use the A STAR(E) framework which focuses on 6 key steps:

This framework is useful for all behavioral questions, even those that require a list response.

Instead, share a story of when you exhibited those strengths and how it helped you fix a situation or achieve a goal.

Answer: “I believe my top strengths to be communication, leadership, and teamwork. This is because of a particularly positive outcome I experienced while working on a challenging school project.

Situation: One team member wasn’t pulling his weight and we needed his data to finish the project on time.

Tension: Everyone else in the team was fed-up because we were falling behind but I knew he was also juggling competing deadlines.

Action: We went out for a coffee and he said he was aware that he was letting the team down but didn’t know how to communicate that he was struggling. By listening to him and gaining a deeper understanding of his competing workload, I was able to provide suggestions that would allow him to still contribute to the team without losing focus of his other commitments. With a plan in place, I then helped him plan out how to communicate his current situation to the rest of the team, which included apologies for his lack of contribution and a proposed way forward so that these issues won’t occur again.

Result: With my support, he was able to share the issue with our team and we worked together to reorganize his workload so that we could successfully complete the project on time.”

In this example, the candidate offered a relevant example that answered the question. They described the action they took, and the positive outcome that occurred as a result of their action.

But, just because you’re telling a story doesn’t mean you should ramble aimlessly. Use a framework to make sure your story is impactful and covers all the main points. For more information on using the A STAR(E) framework, see the linked article.

While facing the EY video interview can feel daunting, approach it with a positive mindset. Like all consulting firms, EY is looking for brilliant new consultants to join their firm.

Visualizing yourself as one of those consultants can help you feel more positive and seem more confident during the interview.

For a detailed guide to tackling behavioral interviews, see our article on Consulting Behavioral Interviews.

Here are our top Do’s and Don’ts for passing the EY video interview: 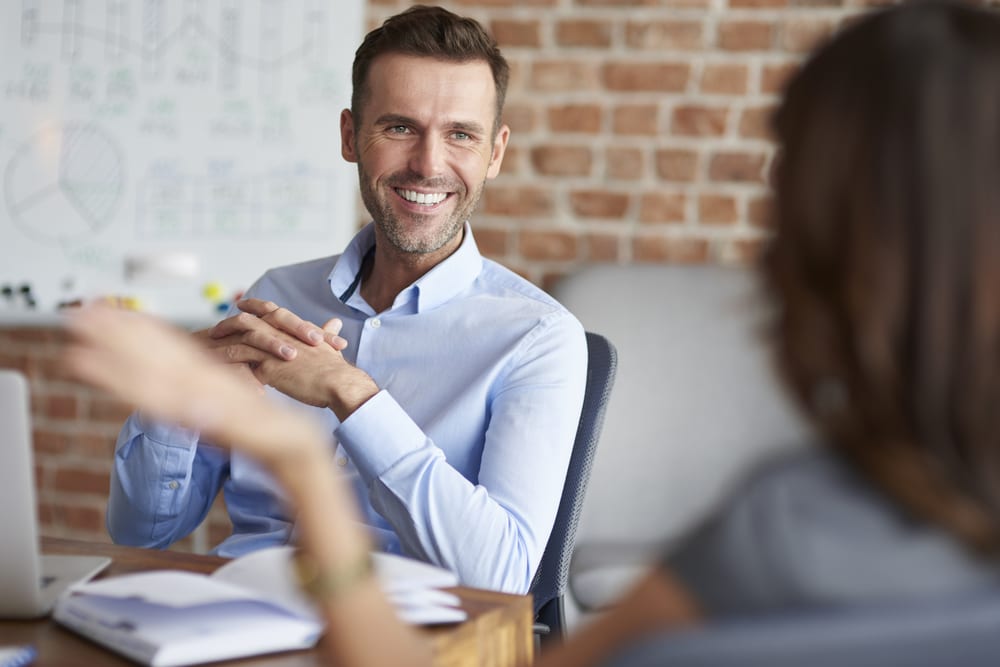 It’s easy to rush through the instructions for a video interview, especially if you’ve done several others previously.

However, each firm may do things slightly differently so take the time to read the information carefully to get clear on what you need to do.

Do: Check Your Technology

Before you start the video interview, make sure your tech is working properly. Check that your PC or laptop is charged and that you have a good internet connection.

Consider doing an audio test to make sure your microphone is working correctly. Plus, using earphones or a headset can help reduce background noise.

Do: Present Yourself Appropriately

Even though you’re likely taking the interview in your bedroom, do dress as you would if it were face-to-face in an EY office.

Maintain appropriate eye contact with the camera and speak clearly so nothing is missed from your answers. Don’t forget to smile!

Give family and roommates the heads up that you’re taking the EY video interview in advance. This reduces the likelihood of them popping in to offer you a cup of tea and disturbing your flow!

Also, make sure you’re in a quiet workspace and that your desk and surroundings are free from clutter or other distractions.

Do: Prepare Answers Ahead of Time

In this article, we’ve given you a heads up as to some common questions asked during the EY video interview.

Make sure you’re clear on what answer you’d give to each of the questions above, using a strong example based on your personal experience. Use a framework to make sure you meet all the points the recruiting team is looking for.

Listen carefully to the questions EY asks in the video interview to ensure you aren’t just sharing a random story you’ve prepared but one that addresses the question.

Despite your best planning, interruptions do happen. If the dog barks or the doorbell rings, don’t worry!

You won’t be marked down for unforeseen interruptions so take a moment to compose yourself and carry on.

Don’t: Be Too Rehearsed

While it’s sensible to think about what questions you might face — and how you might answer them in advance, don’t try and memorize what you’re going to say.

If you’ve memorized your exact answer word for word, it’s more difficult to flex your response if the question asked is slightly different from what you were expecting. It’s critical that you address the question asked.

Don’t: Forget About Your Tone of Voice & Body Language

We all know how important tone of voice and body language is when engaging with others and video interviewing is no different.

Make sure you enunciate and don’t speak too fast. Project excitement so they can see how much you want the position.

Sit up straight and look directly into the camera as if it were another person. If it helps, stick a photo of a friend or family member on the screen and pretend that you’re talking to them.
And try not to fidget!

If you prepare well and follow our hints and tips above, we’re confident you’ll do a great job during the EY video interview and get one step closer to joining the firm.

In this article, we’ve covered:

If you have more questions about the EY video interview questions, leave them in the comments below. One of My Consulting Offer’s case coaches will answer them.
Other people prepping for Ernst and Young video interview found the following pages helpful:

Nail the case & fit interview with strategies from former MBB Interviewers that have helped 89.6% of our clients pass the case interview.

We are excited to invite you to the online event.

Where should we send you the calendar invite and login information?